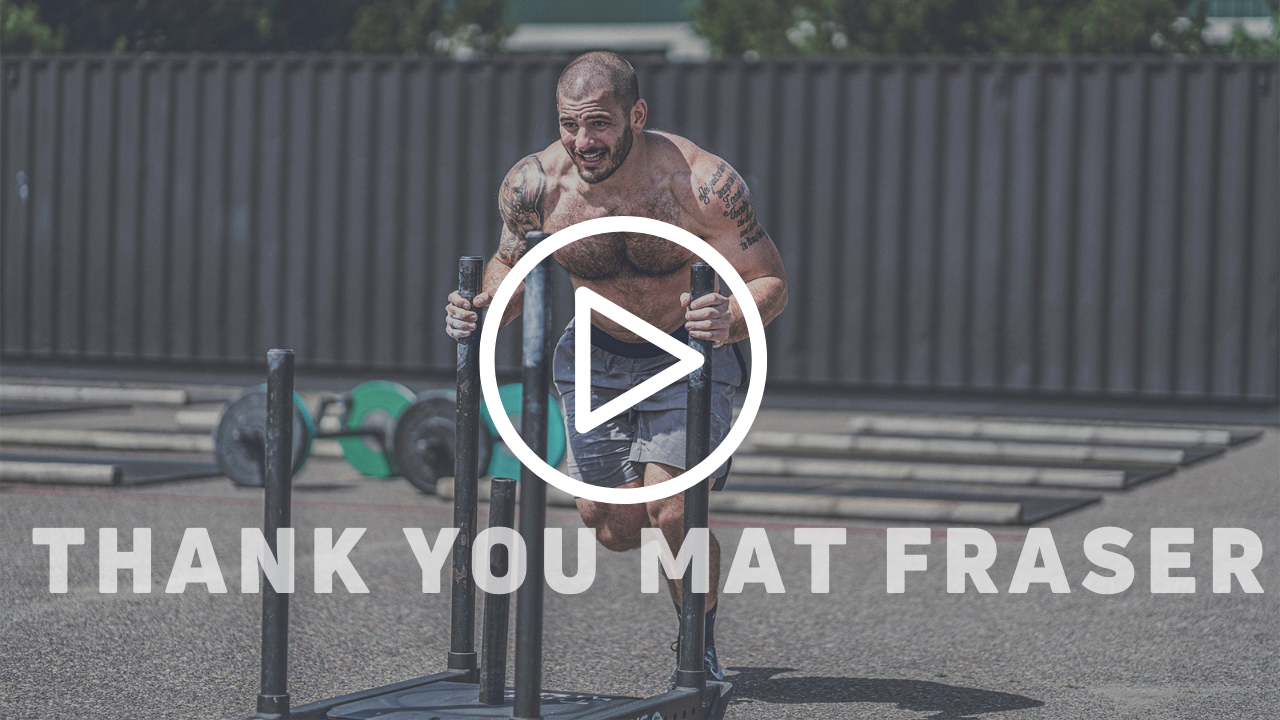 As Fraser passes Ben Smith at the Suicide Sprint event at the 2016 CrossFit Games, Sean Woodland said these words while commentating during the event. These words at the time felt cool, but little did we know how accurate they were.
Mathew Fraser went on to becoming the Fittest Man in the history of the CrossFit Games, with 2 silver medals, 5 gold as an individual, and a crazy number of set records. Dominant.

He has inspired an entire generation by redefining the sport of Fitness. Fraser gave another meaning to the famous saying, “Hard Work Pays Off”, even making it his own new signature – HWPO.
As he announced his retirement in 2021, all we could think off was how much work did Mat put in, day in and day out. He showed that you did not have to be the biggest or leanest, fastest or strongest, but you needed to have the work-ethic to allow you to attack every single workout with a purpose. Mat Fraser trained to make his weaknesses strengths, showing that, even as the Fittest Man on Earth, he could be humble and coachable.

As a brand, it was fantastic to be represented by someone like Mat.

Greatest of all time. Thanks Mat.