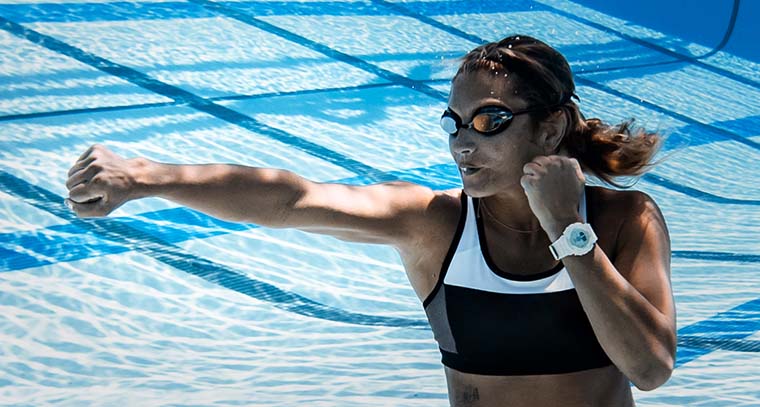 Ashley “Spider Monkey” Yoder has been an athlete her whole life. Born in Indianapolis, Ashley grew up dancing, cheerleading and competing in track and field. Prior to jumping into the UFC’s Octagon, Ashley worked as a lifeguard. She also earned a pair of degrees from Indiana University in criminal justice and African American diaspora studies. Ashley was introduced to MMA by a friend, and she immediately fell in love with the sport.

Since then, she’s established herself as one of the top female fighters in the game. Ashley has showcased her skills on The Ultimate Fighter reality show, in the all-female Invicta Fighting Championships promotion, and now in the famed UFC Octagon. Ashley’s next fight will be her ninth in the UFC, and she’s developed a loyal fanbase for her fighting career and easygoing personality. Ashley loves spending time outside, romping around with her dogs … and eating lots of ice cream after her bouts!

HOW DO YOU USE YOUR COMPEX DEVICE?

I love to use COMPEX after a long workout for my sore muscles but, lately I also have been adding it into my workouts for resistance training!

WHAT IS YOUR FAVORITE PROGRAM?

I really the Resistance program most often.

HOW HAS COMPEX HELPED YOUR TRAINING?

I think it's been most helpful in my recovery. While I absolutely love using the COMPEX in my workouts, the recovery has been a huge help.